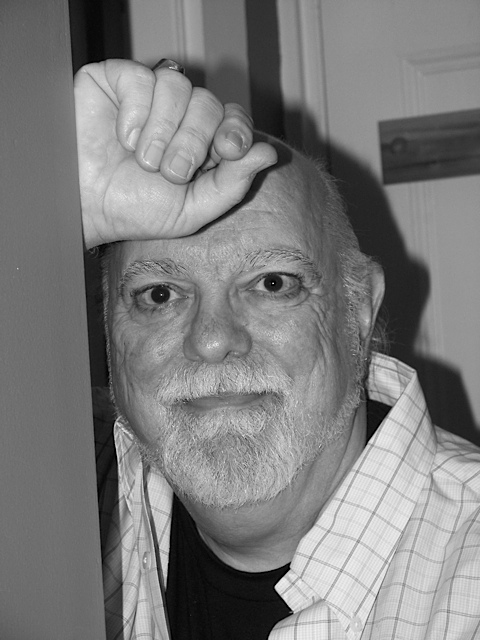 Joe Sardaro is a singer, designer, and fine artist. Residing in Greater Boston, he paints from his home studio, is active in the jazz scene in Boston, and exhibits in Boston and New York City.

Born and raised in suburban Philadelphia, Pennsylvania, Joe Sardaro began his musical interests the obvious way – influence from his family. His oldest brother was a professional guitarist and singer and his younger sister sings as well. His father was a wonderful musical talent who had immigrated to American from Italy: he played guitar and sang hundreds of Italian folk songs.  Needless to say, there was always music in the Sardaro house as he grew up.

Joe also had a natural art talent and was preened for a career in art. So although he went off to art college, he still had a tremendous desire to sing and learn music.

On Saturdays he would commute into downtown Philadelphia, not far from where he went to art school, and study with the best vocal teacher in town.

Several years of this and wanting to stretch out with a more jazz influenced approach, he coached with Norma Mendoza who was married then to Jimmy Wisner a popular Philadelphia jazz piano player. This was followed by yet another teacher until the memorable day in 1960 when he met his main influence and good friend Anita O’Day.

Anita was performing at a local jazz club – “the Showboat Lounge” and Joe got a rare opportunity to meet her. When Anita heard he was a singer and vocal student she invited him to sing a song – something that really changed Joe’s life.

He did the tune “just in Time” which was from a current Broadway show and Anita really liked what she heard. She gave Joe a lot of encouragement and told him to quit the voice lessons and sing, sing, sing; learn theory and harmony….

Joe took Anita’s advice and began theory classes but in 1961 the U.S. Army had other things in mind and Sardaro got drafted. While in the service he was assigned to special services and spent his military career at Ft. Lewis Washington, putting together variety shows in the service  clubs on post. He later transferred out to Ankara, Turkey where he sang with a jazz band of Turkish musicians six nights a week at the American Officers Club.  They were great musicians, knew all of the American standard songs, and played like their American jazz influences. Joe ended up doing two concerts in Ankara with Turkey’s number one singer Alpay.

After the military he returned to the States and tried working around the Philadelphia area with some bands but knew the best way to grow was to go to New York City.

Over these years, he was communicating with Anita O’Day and they became  very good friends. Ten years of New York City living and singing in the jazz rooms there, truly honed the Sardaro style. It was at this time that Joe met Mark Murphy. Always an enthusiastic fan of Mark’s, in 1973 Joe began a friendship that influences him to this day.

Upon Anita’s urging, Sardaro moved to Los Angeles in 1980 and began to work the local jazz music scene playing the best of the LA clubs. In 1984 he co-produced his first LP record album, Lost in the Stars.

Working with giants like Shelly Manne, Sam Most, Al Viola, Monty Budwig and John Knapp. Always learning and striving to grow, he worked with the very best of Los Angeles’ musicians and managed to keep his audiences and himself happy and entertained.

Joe moved to Boston in 1994, relocating because of the Ridgewood Earthquake of ’94. He was urged by Rebecca Parris to relocate. After twenty years, he has established himself in the Boston jazz community.